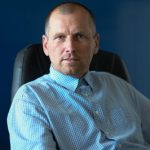 He has been working in the team that forms the core of the office since 1993. Apart from his traineeship at the Higher Court in Ljubljana, he became an independent attorney in 1997 through his candidacy in the predecessors of this office. He gained experience in the field of effective resolution of legal disputes. He works mainly in the field of commercial, labor and property law. After successfully defending his master’s thesis within his postgraduate studies, he is devoting considerable time to conflict management and resolution, since he also practices as a mediator at the District and Higher Court in Ljubljana in court-related mediation proceedings. He is a habilitated higher education teacher in the field of conflict teaching, he also regularly lectures as a guest lecturer and conducts independent training in the field of conflict management and resolution. He is a regular coach of mediators.